We walked through the market early the next morning looking in awe at the hustle and bustle of Stone Town open market. The intermingling of different cultures, the colourfull and elegant way the Swahili woman dress and the unique mixture of Arab, Persian, Indian and European elements that can be seen, is totally overwhelming! The traffic is totally crazy with hooters blaring and because of Ramadan the Mosques also brings some extra sound to the already cacophony of sound. Stone Town consist mostly of a maze of narrow alleyways lined by houses, shops, bazaars and mosques. Bicycles and motorbikes just ring their bells or hoot to tell that they are coming past. Taxis are driving like hell and hoot when they want to pass! 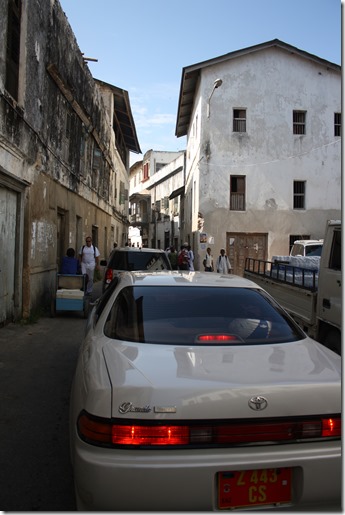 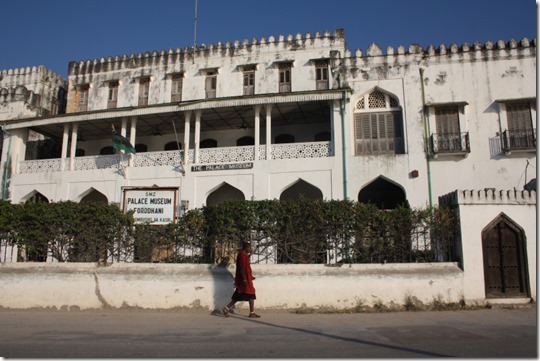 Closed because of restoration work 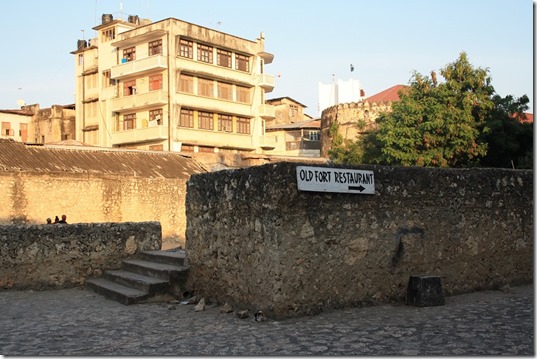 We went to see the old Slave Market in Mkunazini  Street and were both very subdued when we left this heartbreaking sorrowful place. The Anglican Cathedral was built at the end of the 19th century in a large open area in Stone Town that previously hosted the slave market of Zanzibar. The place for the Cathedral was chosen to celebrate the end of slavery and the altar was in the exact spot where the main whipping post of the market used to be

. There is a monument to the slaves as well as the bunkers where the slaves were kept until they were put to sea. About 50000 slaves were send from this market every year. They were caught in Tanzania, Kenya, Zambia, Zimbabwe and as far as the DRC, brought to Bagamoyo on the coast and then taken over to Zanzibar to be sold.

The beautiful doors of the Cathedral

It is still used as a church.

The circle is the exact spot where the whipping post were……

Lots of symbolism built in everywhere in the church 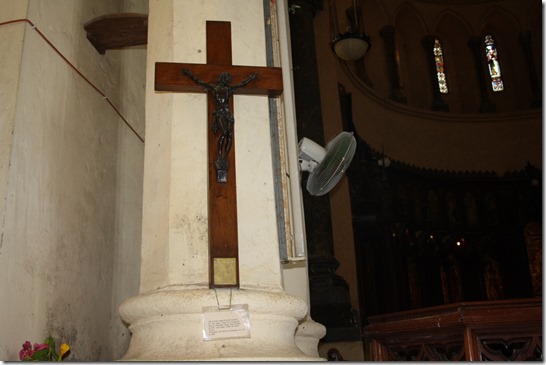 The cells where the slaves were kept 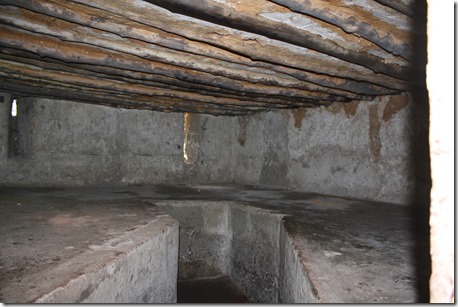 Seawater came in at high tide to wash away the dirt

These are what was used 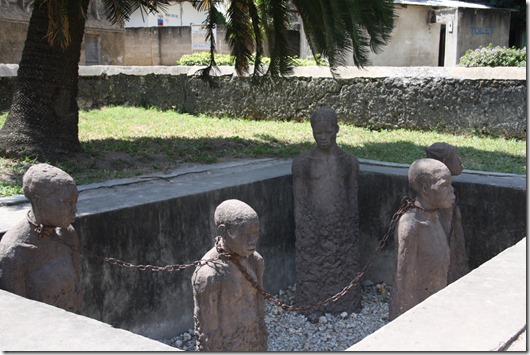 Unbelievable that one human being can do this to another human