Because of the rain we decided to sleep the last night at Maralal  (with our own bed, mattress and bed linen), in a banda, luckily for the same price as camping. It rained hard for the better part of the night, so we were glad for dry tents but were worried about the road conditions. We had reason to be worried.  It was a a difficult slippery drive through rocky areas that became small waterfalls, mud, etc. We drove through beautiful scenery, forests, Maasai land, small villages, dry riverbeds, goats and cattle. Later it became dryer and better for the vehicle, driver and navigator. The landscape were changing from lush forest to savannah. On route we drove through the town named Baragoi where we saw lots of Police with automatic rifles everywhere. We then remember that in February this year the Turkana and the Samburu had a little war over livestock. The Turkana stole the Samburu’s cattle so the Samburu with about 50 policemen went to fetch it back. The Turkana led them into an ambush and killed all the policemen and a lot of Samburu. It was not a friendly environment. Since leaving Nanyuki we saw that the herders were carrying all types of guns. We call them the “manne with the gunne” and try to smile VERY friendly at them when passing. 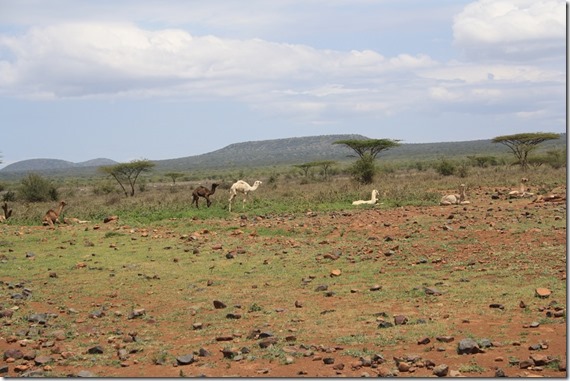 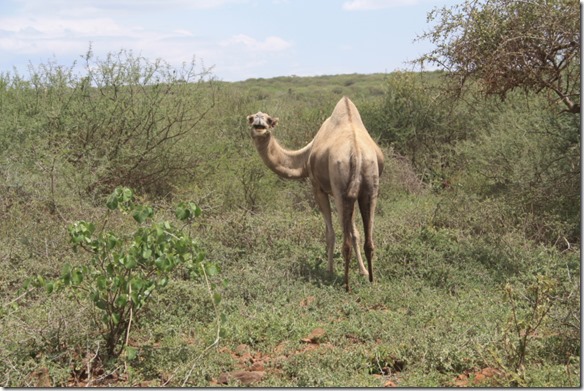 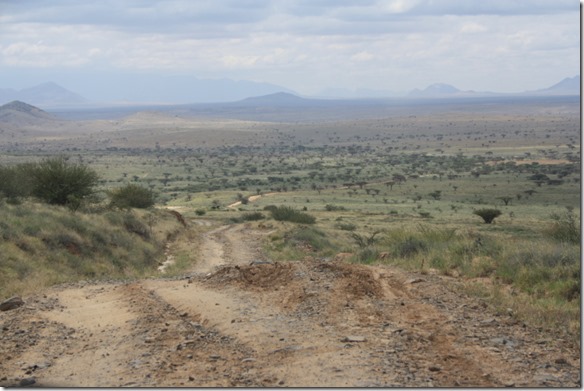 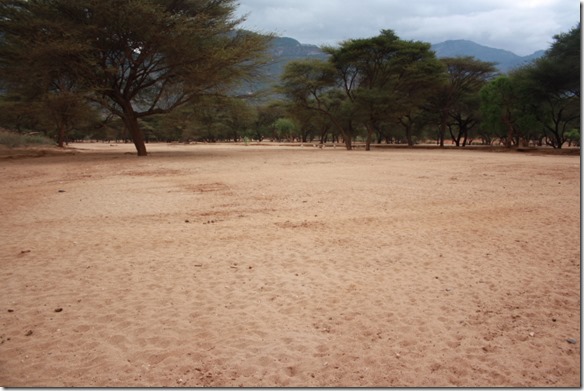 A rock house and the typical Turkana house (round hut)

We camped at Samburu Lodge and Campsite at 700KS or R65. Really very nice campsite!

We bought a paw-paw from this beautiful Maasai girl

The beautiful mountain top from our campsite