We always plan our route very precisely when we are moving on towards our next destination.  We planned to drive from Inhassoro to Gorongoza National Park and made sure beforehand where to stay. We made sure about 2 campsites. The one inside the Park and the other one owned by Piet & Sakkie van Zyl about 9km off the EN1 towards Gorongoza National Park. We camped at their place for the night. It is a perfect stopover, near the Park and not to far off if one is on route to Malawi. We pitched our tent under the roof of the dining/kitchen area because again we were camping all by ourselves. We decided to rather move on to Caia and the Zambezi and give the Park itself a skip especially after the sound off people shouting and banging in the middle of the night.  Moments later a gunshot was heard. Poaching? We are not sure but the Van Zyls were in South-Africa, so we couldn’t ask. Very nice place to stay. 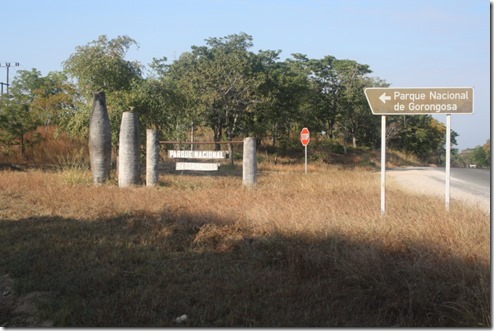 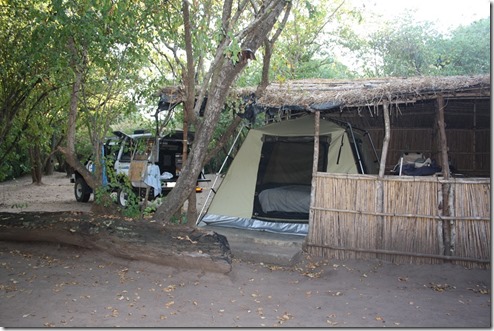 At the Van Zyl’s Campsite you give a donation. No specific tariff.

At Inhassoro we met Kobus & Charmaine Beukes from the Standing Side by Side Mission who were on their way to celebrate their son’s wedding and grandchild’s birth.  They were on route to Rawsonville near Worcester, their hometown, although they are working in Mozambique now for several years. They told us about a nice place to stay about 30km before Caia named Catapu. It was really a very difficult drive from Inhassoro to the Save river because of the VERY potholed road and thick fog. 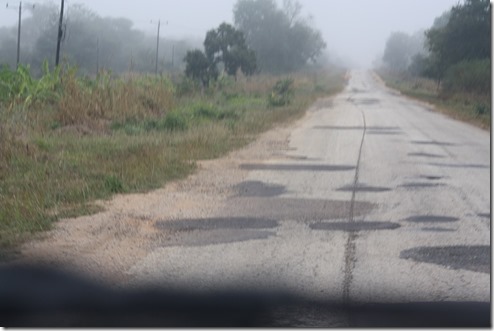 Sadly no camping at Catapu. The next campsite was just after the beautiful and impressive new bridge over the Zambezi, 2.8km long.   What we did see though were the demining activities next to the road.

This brave man’s name is Bapi. He is the demining expert

The campsite on the other side of the Zambezi was way out to expensive and because it was still early (12:00), we decided to trust T4A and move on to the next campsite which did not exist anymore. We wanted to see the Donna Ana bridge spanning the Zambezi which is the longest railway bridge in Africa, so on we drive towards Morrumbala and then westward again towards the Zambezi at Mutarara.

Some of the rock formations that we saw

The road deteriated badly butT4A promised us another camping spot so on we went……but then suddenly the GPS went crazy and said we must make a U-turn. It also said that there is no ferry at the river. Then for the first time we got our first glimps of the mighty Shire river

It was 4.30 in the afternoon and in this part of Africa the sun sets a little after 5 so we were worried! Then Arno saw the Pont

!! We paid R70 (200MC) to the very friendly operator to take us across. It was indescribably  exciting and we felt like real explorers and overlanders. 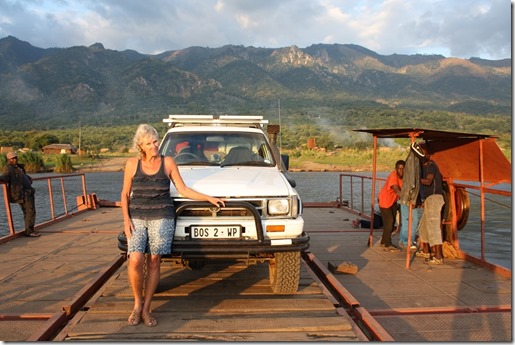 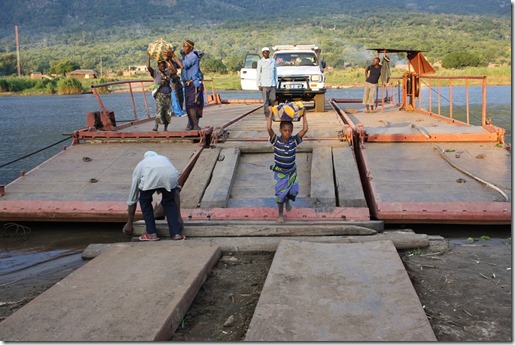 otherwise it was the Mokoro route for them over the river

The Brave & the Beauty